The DFG research group has published a scientific report on the usage of social media in Germany and its implications for society. The “Social Media & Society Report 2019”, which is co-authored by Alegra Kaczinski, Thorsten Hennig-Thurau, and Henrik Sattler, is part of a long-term research project on the interplay of social media use and societal developments.

The report provides detailed insights on how social media is used in Germany and how its usage has changed over the past five year. Its major focus is on the relationships of this usage with people’s personal and society’s well-being. The authors uncover multiple linkages: For example, a high daily dosage of social media is associated with higher individual levels of stress and a lower satisfaction with life in general. People’s belief in conspiracy theories is higher when daily usage supersedes the two-hour mark. News consumption via social media is linked to stronger radical beliefs and a more aggressive attitude – both of these tendencies people are more likely to express on social media platforms. Also, the authors reveal empirical insights into the so-called “filter bubble” theory: a social media newsfeed, displaying homogeneous attitudes and opinions, is related to more radical attitudes, as argued by the theory’s proponents. But the same is true for a heterogeneous newsfeed, containing a wide variety of beliefs and positions!

The report is based on a survey of more than 2,000 participants and is representative of the German population. A digital version of the report is available on the homepage of the Marketing Center Münster. A limited number of printed copies are also available; they can be requested via email(Imm"AT"wiwi-uni-muenster.de). 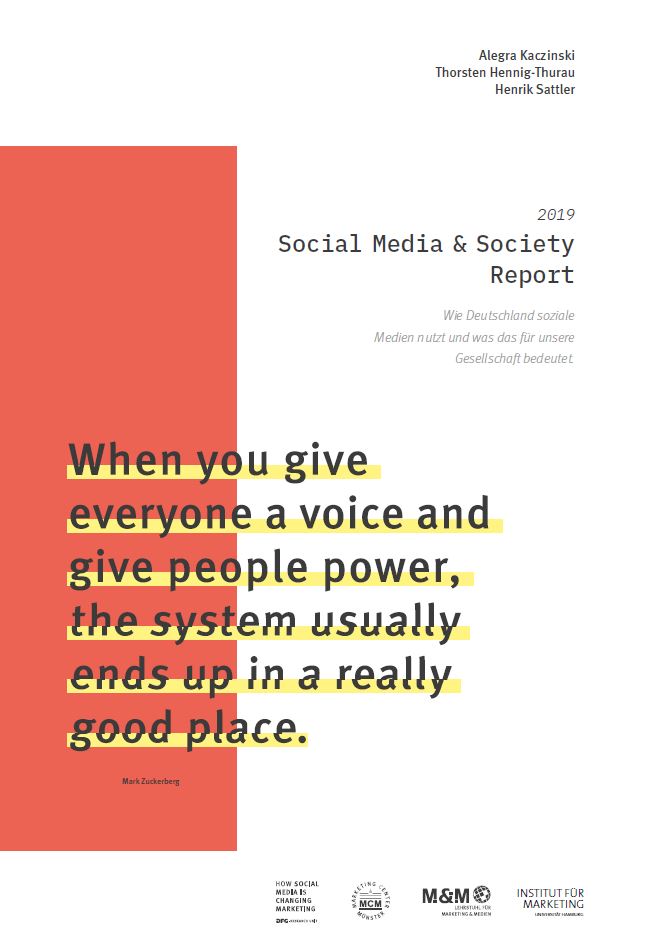 The report is part of the research group’s main project.

Beginning of October, the DFG research unit hosted the third virtual workshop of 2020. The unifying theme of the meeting was "Generating Insights from Unstructured Data".

Jan-Michael Becker, one of our junior research fellows, joined the Department of Marketing at the BI Norwegian Business School as an Associate Professor in September 2020. He was previously a post-doctoral researcher in the German Habilitation System (Akademischer Rat auf Zeit) at the University of...